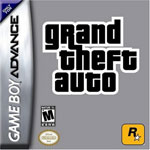 The legendary, rule-breaking and genre-defying Grand Theft Auto Franchise has arrived on the Game Boy Advance.
Return to the streets of Liberty City in a brand new story, all new missions, and classic open-ended Grand Theft Auto gameplay.

It was supposed to be the last job you and Vinnie would do for the mob. After this, you'd both have enough money to escape this vicious circle, and Liberty City, for good. Then Vinnie's getaway car went up in a ball of flame along with all the cash. Suddenly every cop in the city is chasing you down. You'll get out of Liberty City all right, but not before you find Vinnie's murderers and turn the tables on whomever it is that's out to get you.